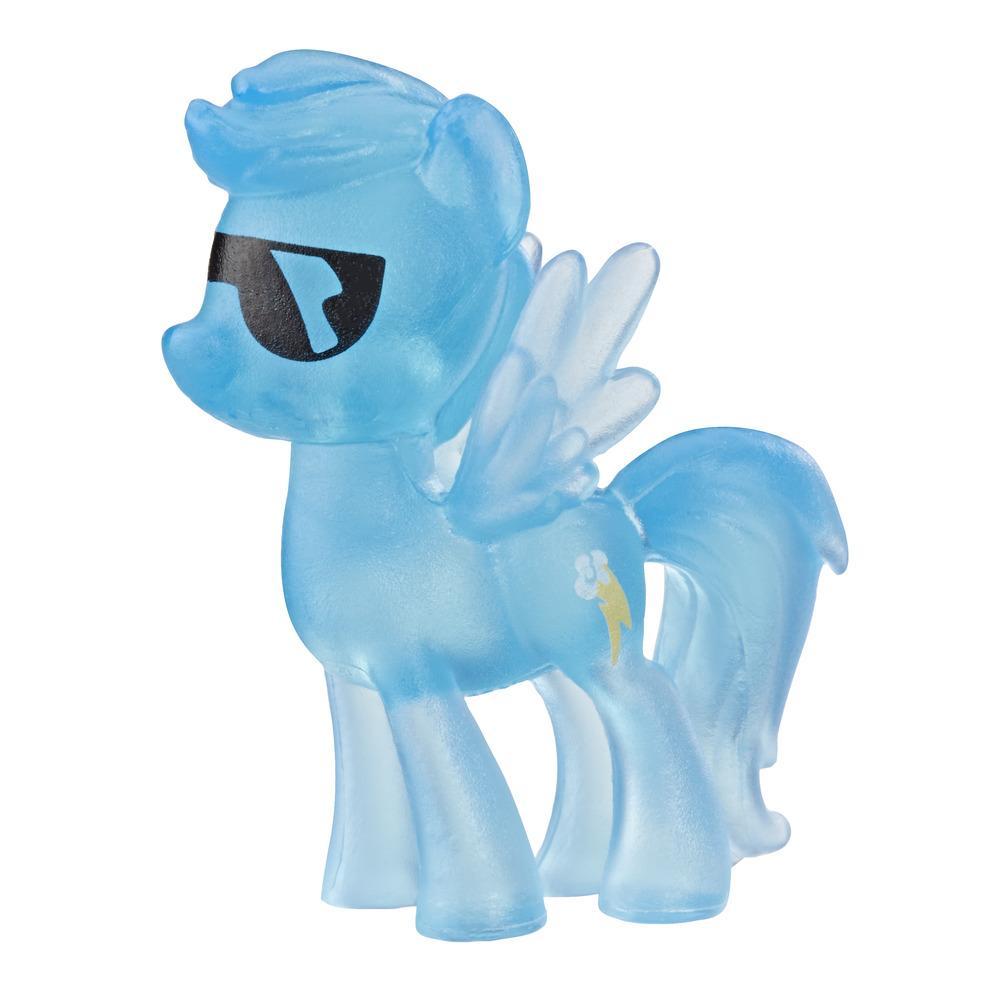 Rainbow Dash is the fastest pony in Equestria. In fact, she loves to fly as fast as she can! She is always ready to play a game, go on an adventure, or help out one of her friends. Inspired by the My Little Pony: Friendship is Magic television series, this 1.5-inch mini Rainbow Dash figure is a blue pony with a shiny, semi-translucent finish. She has a solid blue mane and tail and is designed to look like she's wearing sunglasses. Figure has Pegasus wings and cutie mark of a cloud with a lightning bolt. Pretend she’s zooming through the sky or playing a silly joke on her friends! Also look for My Little Pony Pinkie Pie, Twilight Sparkle, Applejack, Rarity, and Fluttershy to imagine fun adventures with the Mane 6! (Each sold separately. Subject to availability.) This My Little Pony toy is for kids ages 3 years old and up.
My Little Pony and all related characters are trademarks of Hasbro.
• Includes pony figure.
• MINI RAINBOW DASH PONY FIGURE: 1.5-inch Rainbow Dash figure is a solid blue color with a semi-translucent finish.
• MOLDED HAIR: Molded blue mane and tail inspired by Rainbow Dash character in the My Little Pony: Friendship is Magic TV show.
• ENTERTAINMENT-INSPIRED FIGURE: Rainbow Dash is a blue Pegasus pony who loves to fly fast! Figure has a character-inspired cutie mark of a cloud and lightning bolt and is designed to look like she's wearing sunglasses.
• COLLECT THE MANE 6: Also look for Twilight Sparkle, Pinkie Pie, Applejack, Rarity, and Fluttershy mini figures to imagine stories with these 6 best friends! (Each sold separately. Subject to availability.)
• Figure scale: 1.5 inches
• Ages 3 and up.
• WARNING: CHOKING HAZARD -- Small parts. Not for children under 3 years.