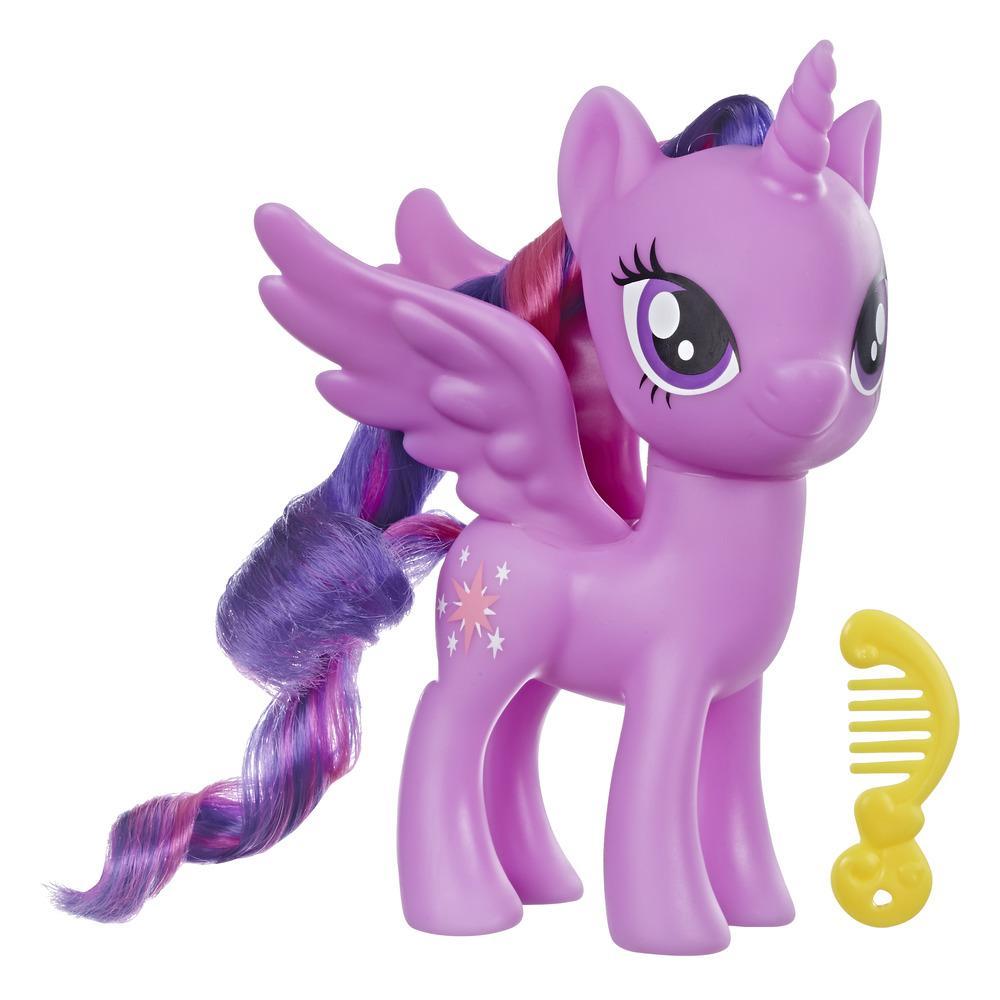 Twilight Sparkle was sent to Ponyville to learn about friendship by Princess Celestia, and she became such a master at it, she became the Princess of Friendship! Whether shes studying a book or spending time with friends, she always learns something new. Inspired by the My Little Pony: Friendship is Magic television series, this My Little Pony 6-inch Twilight Sparkle pony figure has rooted purple hair with pink streaks. She is a purple pony figure with her signature cutie mark: pink and white stars. Figure comes with a comb accessory for brushing and styling her long mane and tail. Also look for My Little Pony Mane Pony Fluttershy, Rainbow Dash, Pinkie Pie and Rarity figures to collect a rainbow of colorful friends! (Each sold separately. Subject to availability.)

" Includes pony figure and comb.
" CLASSIC 6-INCH FIGURE Twilight Sparkle pony figure is 6 inches tall with signature cutie mark of pink and white stars.
" ROOTED HAIR: Figure has a rooted mane and tail. Comes with a comb accessory for brushing and styling her long purple hair with pink streaks.
" ENTERTAINMENT-INSPIRED: Twilight Sparkle is a purple alicorn pony with Pegasus wings and a unicorn horn. Figure is inspired by the look of the Twilight Sparkle character in the My Little Pony: Friendship is Magic TV show and My Little Pony: The Movie.
" COLLECT PONY FRIENDS: Also look for 6-inch My Little Pony Pinkie Pie, Rainbow Dash, Fluttershy, and Rarity figures to collect a rainbow of colorful friends. (Each sold separately. Subject to availability.)
" AGES 3 AND UP: Great way to introduce girls and boys ages 3 years old and up to My Little Pony entertainment and toys.
" Figure scale: 6 inches
" Ages 3 and up.
" WARNING: CHOKING HAZARD  Small parts. Not for children under 3 years.