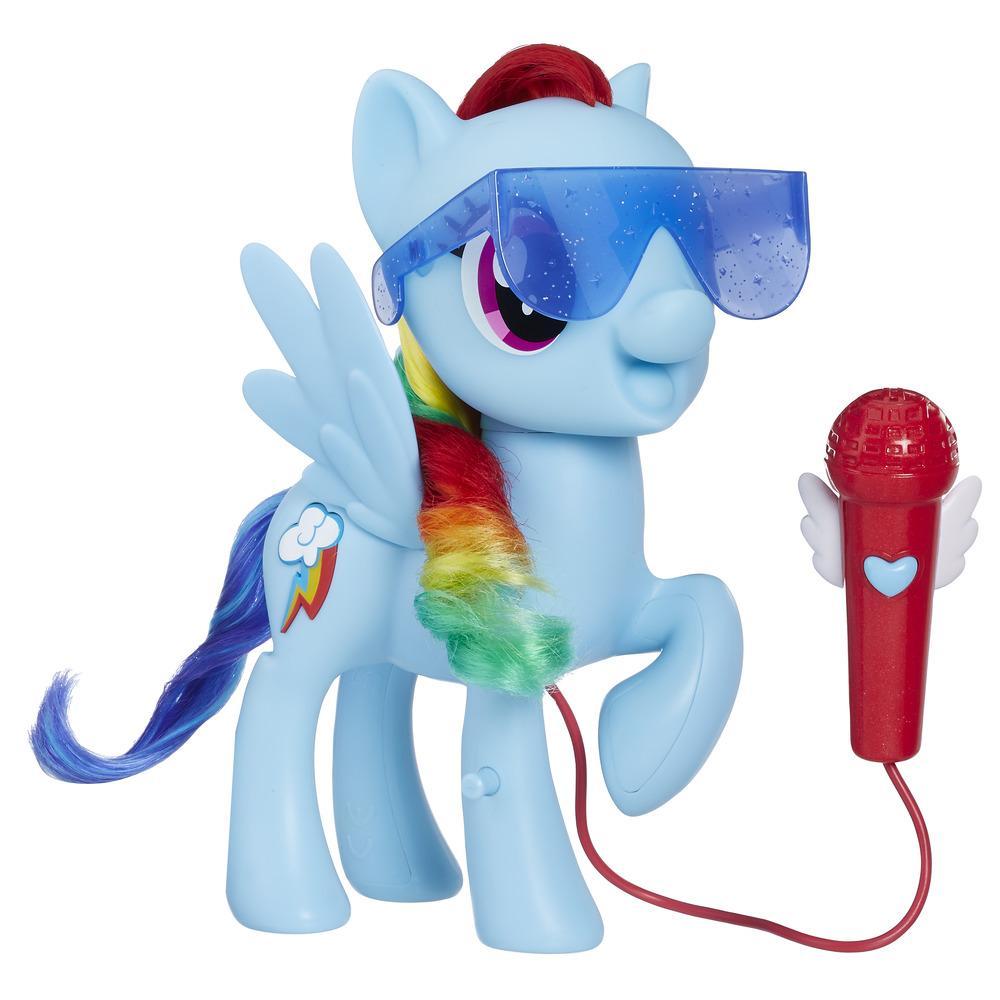 Rainbow Dash knows what it takes to be awesomely amazing, especially at singing! The Singing Rainbow Dash pony figure has cool sunglasses and a microphone attached to her -- press her Cutie Mark to hear her sing ""Time to Be Awesome"" from My Little Pony: The Movie, the theme to the My Little Pony: Friendship is Magic animated television series, and 3 more songs! Press the button on her microphone and use the included lyrics sheet to sing along with Rainbow Dash! Press the button and sing any song without the music or help from the Rainbow Dash pony figure. She says 15 entertainment-inspired phrases and rocks her signature rainbow hair. Whether kids listen to her sing, sing along, or sing alone, the Singing Rainbow Dash pony figure spreads the magic of friendship through song!