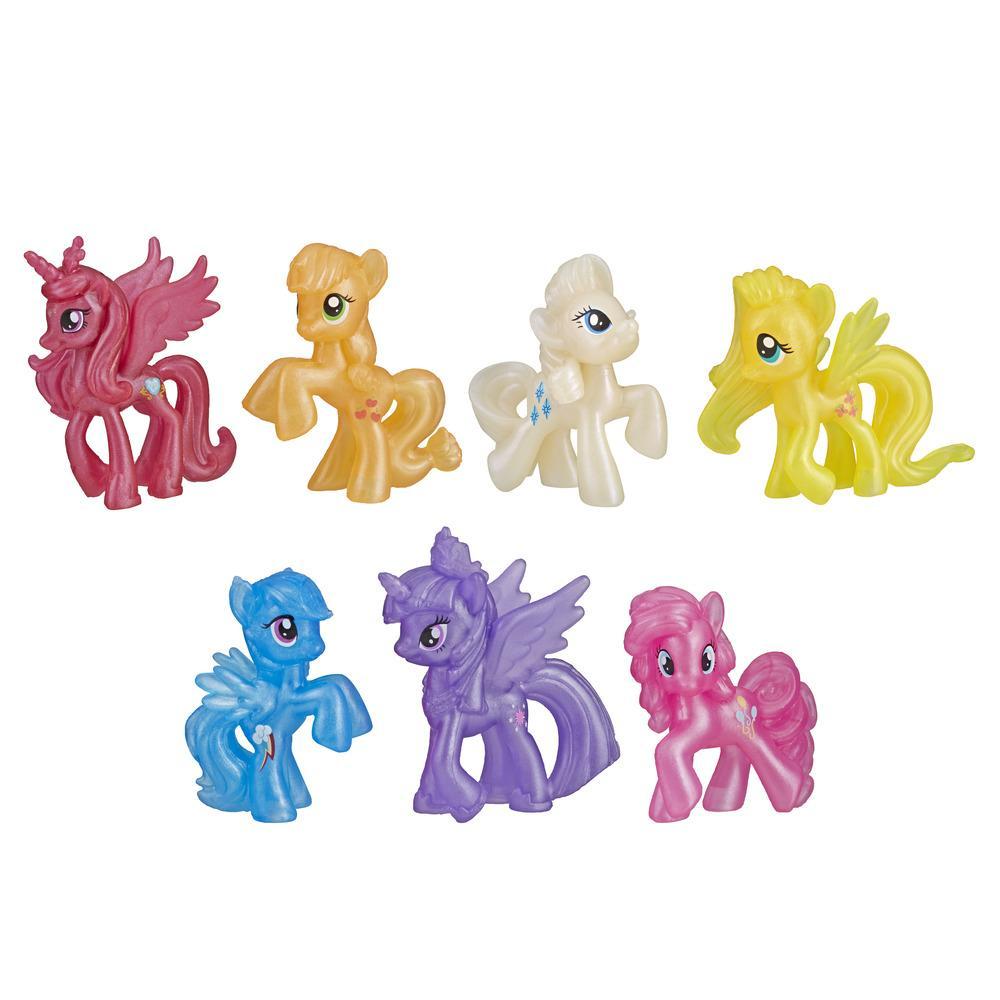 " SHIMMERING COLORS: Each pony figure is one solid color with a shimmering, translucent finish and features character's signature cutie mark.

" AGES 3 AND UP: Pony figure collection for kids ages 3 years old and up. Great for young fans of the My Little Pony Friendship is Magic television series.

" IMAGINE ADVENTURES THROUGH EQUESTRIA: The Mane 6 are best friends who always stick together. Imagine they are traveling from Ponyville to the Crystal Empire for a magical adventure with Princess Cadance!