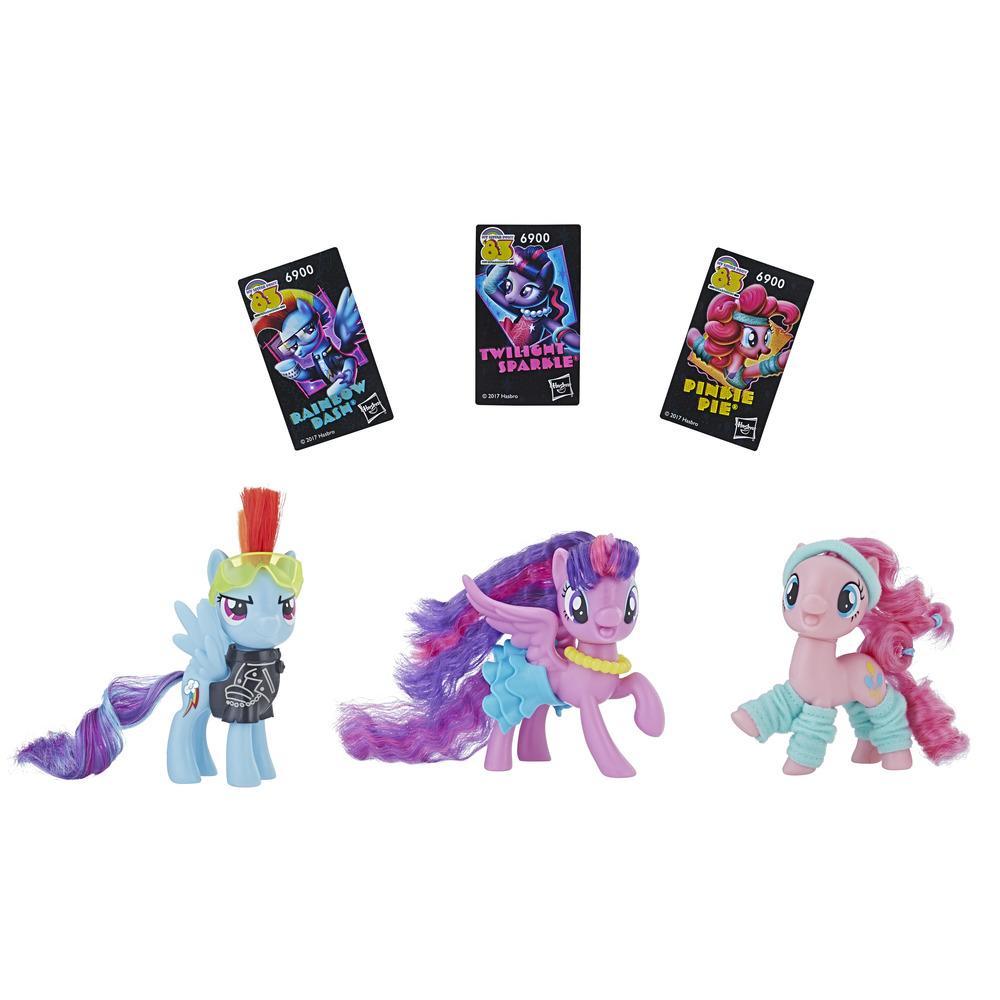 My Little Pony has been spreading the magic of friendship since 1983! To celebrate the brands 35th anniversary, the My Little Pony Greatest Hits set features favorite characters reimagined in 80s-inspired fashions and mane styles! The set includes Twilight Sparkle, Pinkie Pie, and Rainbow Dash pony figures -- imagine the Twilight figure as an 80s pop princess taking the stage; pretend Pinkie prances on the scene with her 80s-inspired aerobic ensemble; and imagine Rainbow Dash rockin out with her rainbow mohawk and punk get-up. The set also includes 3 cassette-inspired collector cards with 80s-themed depictions of pony friends. Fans can display this totally tubular set in its boombox-shaped packaging and imagine the characters crooning favorite classics from that time.

" Ages 3 and up
" WARNING: CHOKING HAZARD  Small parts. Not for children under 3 years.