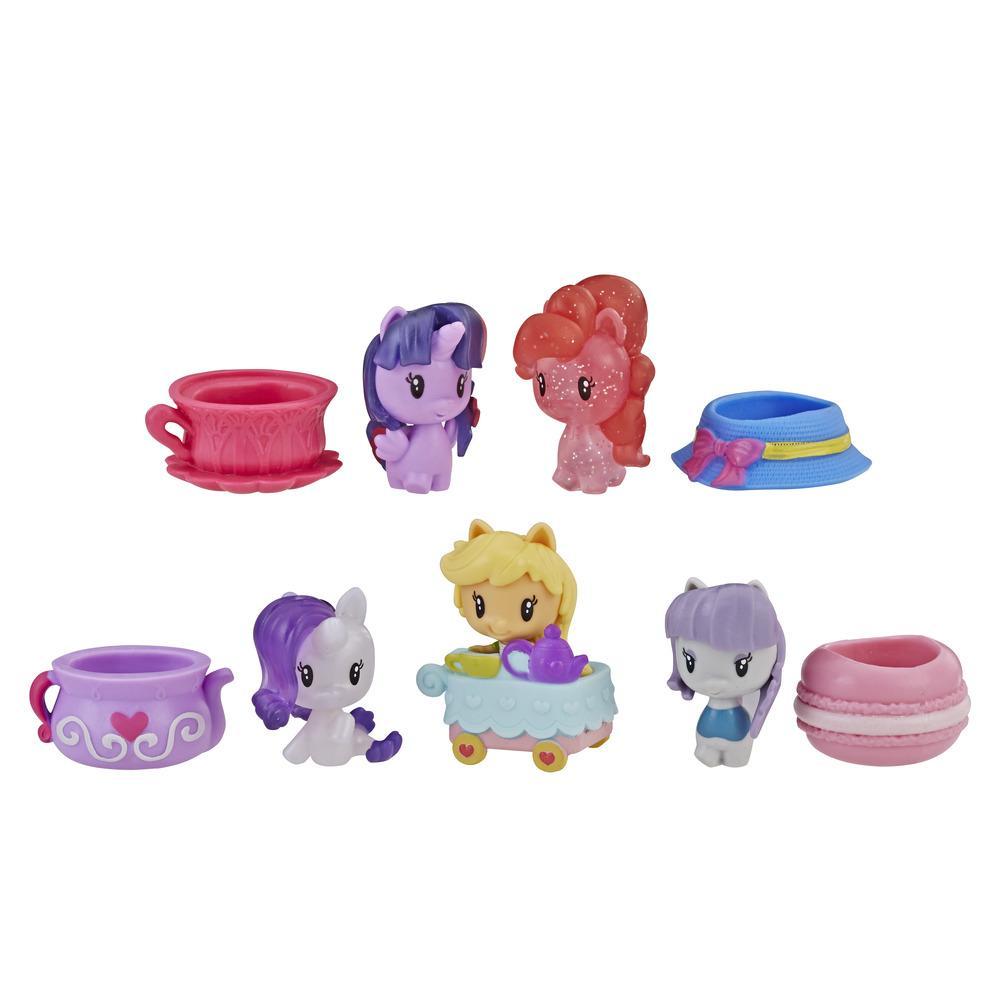 " TEA PARTY THEMED: Imagine these friends have everything they need to throw a tea party with these adorable toys! Each figure comes with a fun tea party-themed accessory. Kids can imagine some of their favorite characters are eating treats and sipping tea at a fun celebration!

" FUN UNBOXING SURPRISE: You're invited to a Tea Party! Pull the strings on the balloons to get the party started. Then, shake out the colorful confetti inside to reveal each hidden character!