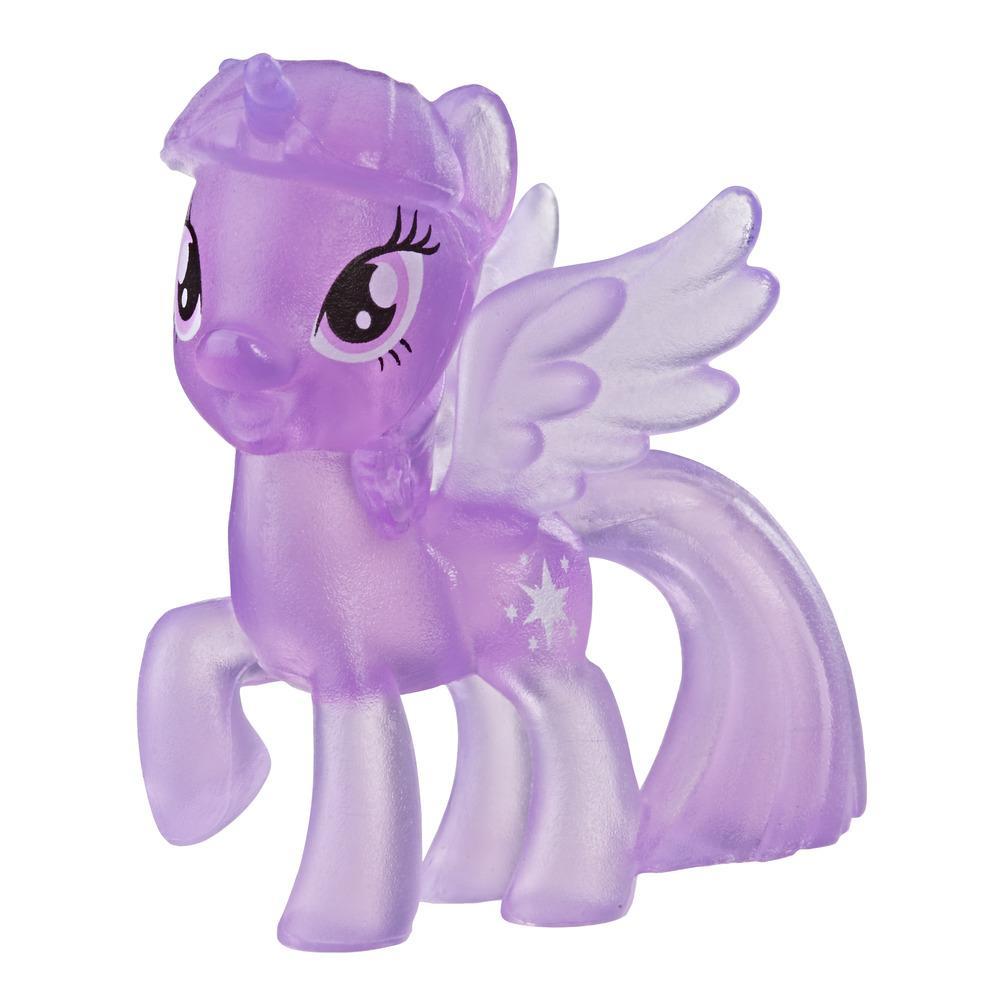 Twilight Sparkle was sent to Ponyville to learn about friendship by Princess Celestia, and she became such a master at it, she became the Princess of Friendship! Whether she’s studying a book or spending time with friends, she always learns something new. Inspired by the My Little Pony: Friendship is Magic television series, this 1.5-inch mini Twilight Sparkle figure is a purple pony with a shiny, semi-translucent finish. She has a solid purple mane and tail and character-inspired expression. Alicorn figure has a unicorn horn, Pegasus wings, and a cutie mark of white stars. Pretend she’s reading a book or traveling across Equestria with friends. Also look for My Little Pony Pinkie Pie, Rainbow Dash, Applejack, Rarity, and Fluttershy to imagine fun adventures with the Mane 6! (Each sold separately. Subject to availability.) This My Little Pony toy is for kids ages 3 years old and up.