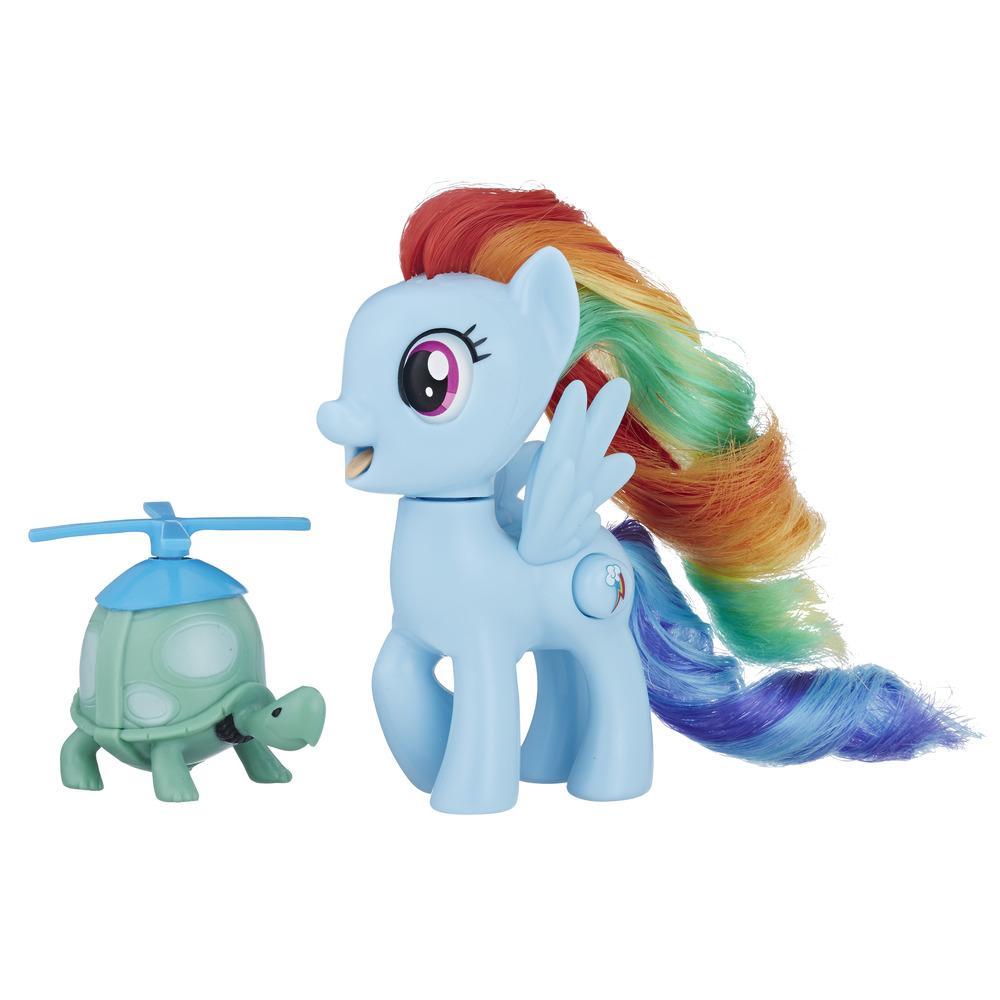 Rainbow Dash is a fiercely loyal friend, but that doesn't mean she ever passes up the opportunity to play a prank or two! She thinks it's hilarious whenever she surprises her friends with her speedy-thinking. Inspired by entertainment, press the Rainbow Dash Silly Looks pony figure's cutie mark to see her stick out her tongue and make a silly face. Imagine her pet turtle figure is joining in on the fun too! Press his side to activate his spinning propellers, and imagine fun adventures between these two friends! Also look for the My Little Pony Silly Looks Pinkie Pie pony figure for more funny faces from Equestria (Sold separately. Subject to availability.).

• Ages 3 and up.
• WARNING: Choking hazard - Small parts. Not for children under 3 years.