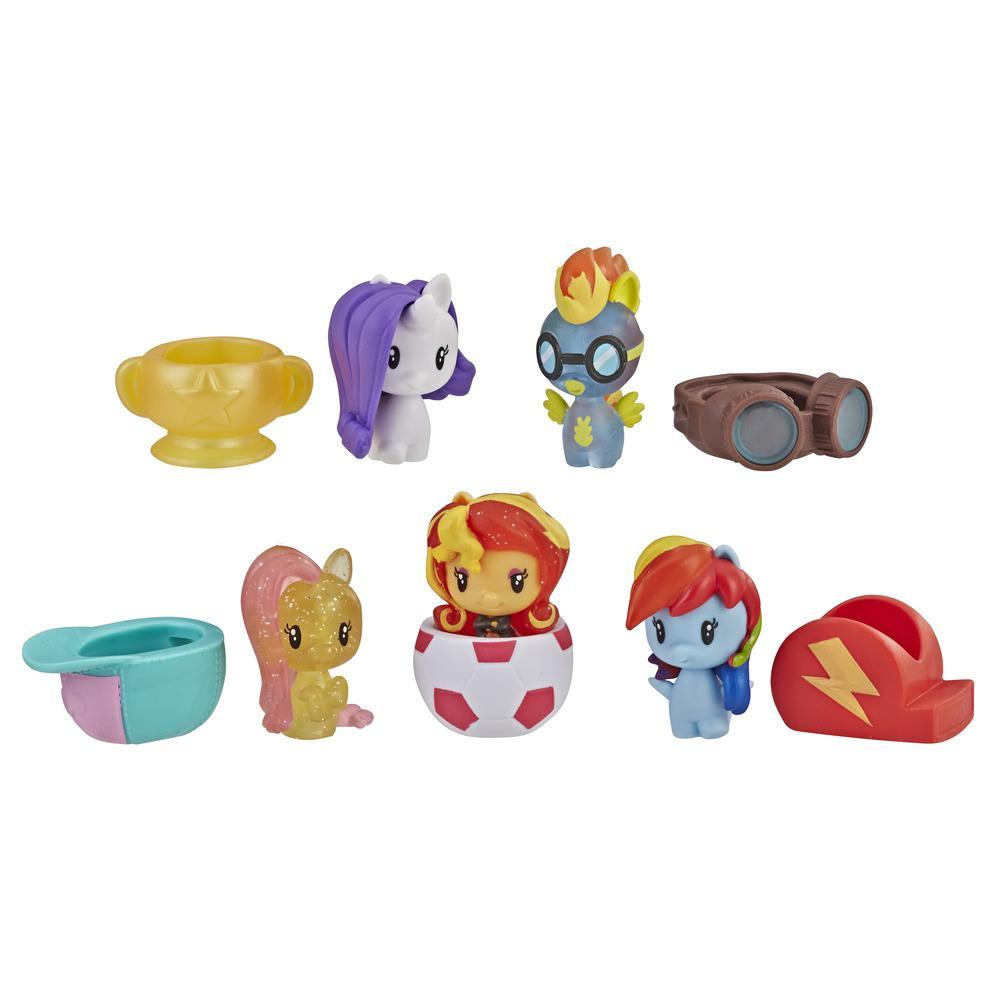 Cutie Mark Crew playsets combine the worlds of My Little Pony and Equestria Girls to imagine a universe of play and friendships beyond the mirror's portal. The My Little Pony Cutie Mark Crew Series 3 has a You're Invited theme, and this Championship Party pack features 1.5-inch figures ready to celebrate the win of their favorite sports team! This pack includes 5 figure and accessory pairs: Fluttershy seapony with a cute baseball hat, Sunset Shimmer with a sporty soccer ball, Rainbow Dash with a fun whistle, and 2 surprise figure and accessory pairs! Get the party started by pulling the strings on the balloons and shaking out the colorful confetti to reveal the mystery pony, seapony, or Equestria Girls characters hidden inside. Look for more My Little Pony Cutie Mark Crew packs to build out a world of pony, seapony, and Equestria Girls Cutie Mark Crew figures. (Each pack sold separately. Subject to availability.)

• CHAMPIONSHIP PARTY THEMED: Imagine these friends are getting together to cheer on their favorite themes with these sporty Championship Party toys! Each figure fits inside a fun sports-themed accessory. Kids can imagine some of their favorite characters are cheering on their friends or playing sports together.

• FUN UNBOXING SURPRISE: You're invited to a Championship Party! Pull the strings on the balloons to get the party started. Then, shake out the colorful confetti inside to reveal each hidden character!

• Ages 4 and up.
• WARNING: Choking hazard - Small parts. Not for children under 3 years.