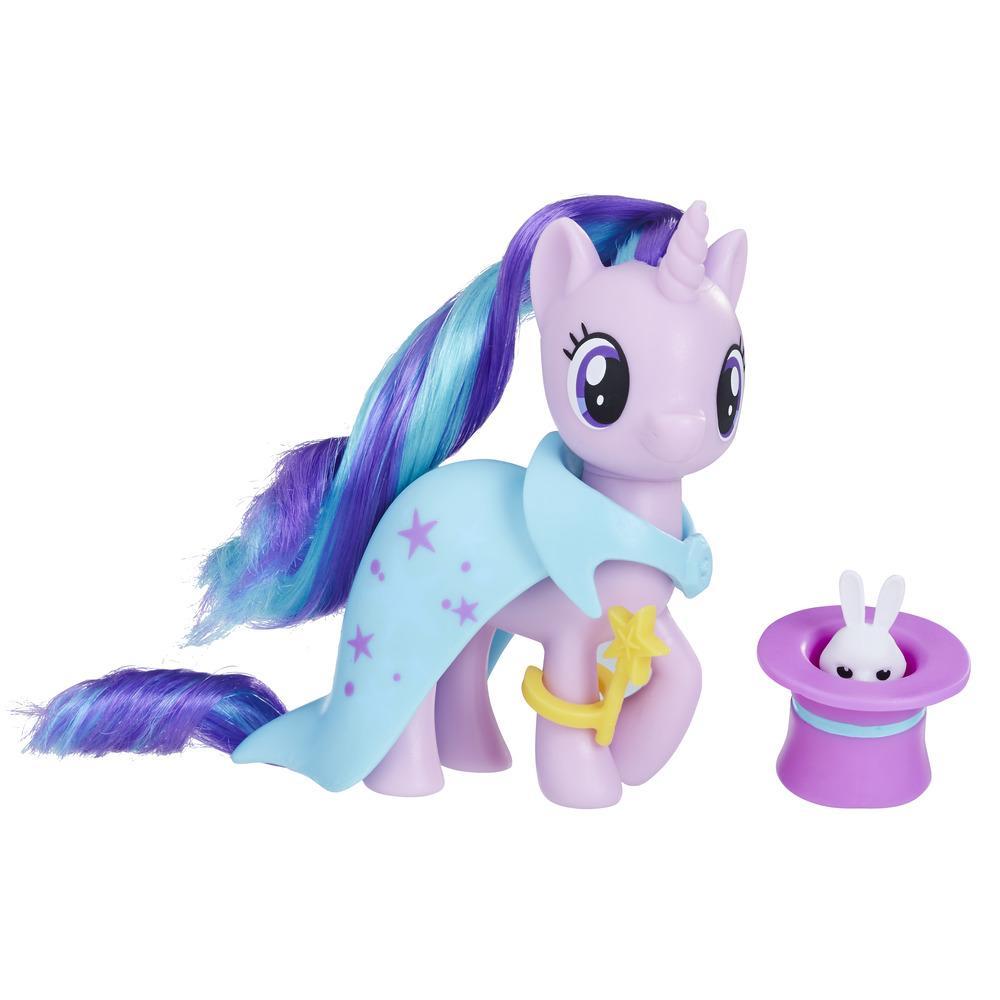 There's lots of magical surprises to learn about at the School of Friendship, and Starlight Glimmer is a brand new student under Twilight Sparkle and her friends! Pretend this Starlight Glimmer pony figure is learning valuable friendship lessons. She comes with a magician's hat accessory to imagine her showing off new tricks to fellow classmates. Squeeze her hat and -- ta da! -- reveal a bunny friend hiding inside! Reveal patterns on her cape accessory under the fashion classroom light in the Twilight Sparkle Magical School of Friendship playset (Sold separately. Subject to availability.) and imagine something magical is ahoof!

• Ages 3 and up.
• WARNING: Choking hazard - Small parts. Not for children under 3 years.